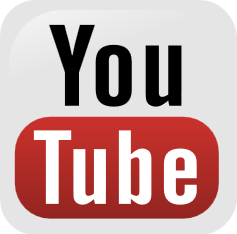 The Township of West Milford has been working to improve its snow removal program taking advantage of new technology including the use of brine.  During winter months, DPW personnel will continuously monitor forecasted storms.  Township residents may see a small tanker-type truck with spray bars on the rear applying a brine solution to the roadways before anticipated snow events.  The application of brine at these times is a preemptive measure to combat icy conditions and is more cost effective than the traditional process of salting and sanding after a snow event. The application of this brine solution lowers the freezing point of any water it comes into contact with even when temperatures fall below zero.

Roadway crews are now using more effective measures to improve winter storm road conditions.  Using salt brines, which is any liquid salt mixture, before anticipated snowfall has proven to be more effective than using solid rock salt.  Anti-icing can be accomplished by using traditional salt brine (usually a 23 percent salt solution, derived from rock salt) and applying that solution to roadways in preparation for snow and ice.

Brine is a high concentration solution of salt in water.  In different contexts, brine may refer to salt solutions ranging from about 3.5% up to about 26%.

How is Brine made?

A mixture of salt and water is put into a large tank where it is mixed together to 23% salinity.

Brine is sprayed onto a roadway as a pre-treatment before snow storms.  It settles into tiny crevices on roadways, creating a layer that prevents the ice and snow from bonding with the pavement.

When is Brine applied?

Brine can be applied up to 48 hours in advance of an anticipated storm.

Dry salt in frigid temperatures often just lies on top of the snow, blows around and takes a while to work.  However, if you wet the salt with a substance such as brine, it sticks to the roadway better, which allows it to do its job. The Brine-enhanced salt also enables the mixture to work better in frigid temperatures.

Why use Salt Brine?

The use of Salt Brine returns pavement to bare conditions faster, improving traction and also provides a reduction in the quantity of deicer used, resulting in cost savings and fewer environmental concerns.